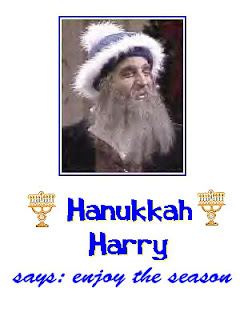 Oy to the World


I must say I’m overwhelmed.

Since the landmark publishing of my blog several weeks ago, I’ve received an overwhelming response from my readership (sorry, I meant my “reader-skiff”). Frankly, that your response would have been anything beyond the swift and calculated formation of a lynching party was something for which I never dared hope.

But amazingly you have showered me with accolades, making it very difficult to shampoo, but thrilling to me nonetheless! Congratulations have poured in from people ‘round the globe who in many cases I’ve never met, are no longer living, or never even existed. All of them share this in common: they found Perry Block - Nouveau Old, Formerly Cute to inhabit the high cultural and literary plain of The Biggest Loser, the National Enquirer Bill Clinton has an Alien Advisor issue, and any program featuring the talented and irrepressible television host par excellence Tom Bergeron!

What can I say?

I can say: Thank you, my dear friends! My heart is overflowing!!! In the future, I’ve just got to remember to turn my heart off whenever I leave the house.

Many of you have asked if I could make my sensitive warm-hearted cross-cultural paean to the holiday season, A Jew’s Christmas 2009, available for current reading and fish wrapping. My initial thought had been to return it to the Disney Vault until subsequent years’ writings provided me with enough literary bulk to bulk up a best-selling book. Which actually might have been a bit easier to do than say!

But you know the Disney people --- they wanted to sock me with a monthly charge as uber-enormous as Ursula the Sea Witch from The Little Mermaid. And getting my own vault was unthinkable since I would never be able to remember the combination.

So here it is, years ahead of its intended publication --- A Jew’s Christmas 2009! Please note that some of the tweets have been expanded in light of my official blog ruling not to limit individual tweets to only 140 characters. So to you Twitter purists who would actually count the spaces and turn me in --- Be gone, you have no power here!

Now I invite you to sit back, relax, light a fire in the fire place or if you don’t have a fireplace burn down the least favorite room in your house, and enjoy A Jew’s Christmas 2009!

1. Last night visions of sugar plums danced in my head. If they don’t keep it down tonight, I’m calling the police!

3. ADA* File: Name: Rudolf the Red Nose Reindeer. Disability: Has a very shiny nose. Reasonable Accommodation: If you ever see it, don’t even say it glows!

4. I’m dreaming of a White Christmas ... and after that, I’m going to do New Year’s in a turquoise and Hanukkah in kind of a light mauve.

5. To get good people who will work on Christmas, Santa Claus has copied the practice of the  Daily Show and only hires Jewish elves.

6. Clarence: “You’re not going to like it, George! She’s about to close up the library!
George: “Great! I never could get her lazy butt to work when I was alive!”

8. If Jack Frost were nipping at my nose, I’d belt him one!

10. Who is Pa Rumpumpumpum? The guy in the hardware store who makes the keys? The bench coach for the LA Dodgers? One half of the happiest mixed marriage in show business?

11. “Not a creature was stirring, not even a mouse.” Great story, huh, Santa Claus visiting a rodent infested dump!

13. “And he filled all the stockings; then turned with a jerk.” Gee, I never knew Joaquin Phoenix was with Santa!

14. Christmas for the Jews: In the meadow we can build a snowman and pretend that he is Rabbi Brownstein!

15. “You see, George, you really had a wonderful life. Except before you go back, make sure and have sex with Violet Bick!  And please, tell me how she was!"

16."What do you mean you're too old for details, George?"

17. And Happy Christmas to all, and to all, a good riddance!

18. HR Journal: Performance Evaluation, 2009: S. Claus --- Below Expectations. Only dashed away Donder and Blitzen. Must learn to dash away all!

19. No, Virginia …… there is no fucking Santa Claus. Now knock it off!

20. Merry Christmas, and for the Jews, Happy Hunan Beef, Everyone!!!

A Jew’s Hanukkah 2009
1. Due to economy related cutbacks, this year Hanukkah will last only two nights and part of one morning.

2. Frankly, the Hanukkah Eight (8) Day Oil Miracle isn’t all that impressive compared to me making it to work with the gauge on empty and me too lazy to stop for gas.

3. Another Hanukkah ends --- Pack away the menorah, renegotiate the fire insurance, and pray that maybe next year someone writes a more kickass Hanukkah song than  I have a Little Dreidel. **


*The ADA is the Americans with Disabilities Act, which protects against discrimination due to physical or mental disabilities. Reasonable Accommodation refers generally to those steps an employer must take to assist a qualified person with a disability in performing his or her job. You find that boring? How'd you like to spend your whole career messing with stuff like this?

** Actually someone has. In honor of the late Mary Travers, I note that Light One Candle by Peter, Paul, & Mary is about Hanukkah. I admit, however, I’ve never heard it sung in shul.

Smiles all around, Perry. I'm thrilled Santa is lactose intolerant. I wonder if he would also like my gluten free chocolate almond cake ... (after all who wants to hang out with fruit cakes?).

As to snow and Jack Frost etc - we have Xmas & Hanukkah in the middle of summer here in New Zealand (smug, aren't I!) Look forward to reading your next article - :) cheers - Radha Sahar

Next article will be a bit more serious. I've been dabbling in some macroeconomic theory pertaining to trade practices between nations beginnning in "B" and ending in letters which haven't yet been invented. Particularly Bolivi? and Botswani?

My thesis will be that tariffs and duties (he,he,he -- no, not duties like in "poopies," you silly!) when applied to sophisticated models of mercantilistic internationalism and neuroticism has the tendency to render the goods being traded into "bads" rather than "goods." And since the whole idea of trading is to get good stuff, well, this is a dumb idea.

And if you don't agree, then you're a neo-capitalist internationalist theocrat with a side of slaw and fries!

As I said, it won't be one of the funny ones but I hope you'll treasure it always and share it with those you love.

Wow. Thanks for this exquisite exposé. You blew the cover right off this Pa Rumpumpumpum fella. And Claus's gig is clearly up. I don't know that I'll ever look at Christmas the same way again.

Thank you! It has actually been my pleasure to spend an afternoon with Pa Rumpumpumpum since writing this article. What an engaging delightful old fellow!

He regaled me with warm and witty stories about when he and Santa were in the service during World War II and would go on shore leave in London. They were always meeting women and waking up in godforsaken little towns they'd never even heard of. Most of the time they couldn't find some or all components of their undergarments.

Of course he was a little graphic for my tastes in his story telling, but that only goes to show how he's still sharp as a tack. No memory deficits there!

Yeah, you're right, I may never look at Christmas the same way again either. I hope I never run into Judah Maccabbee and wind up blowing that holiday too!